Tanzania Visa-information: Foreign nationals may apply for a visa online in advance of travel. Applicants may complete the e-visa application form and make payment online with a credit card or bank transfer. If the e-visa is approved, the applicant will receive a “grant notice” via email. Present a copy of the grant notice to the Immigration Officer on arrival at the airport in Tanzania. Types of Tanzania Online visa: Single Entry visa for 30 days, Multiple Entry visa for 90 days, Transit visa and Referral Visa. Simplified procedure to visitors from worldwide.

They include the plains of Serengeti National Park

Top tourist destination: Tanzania is an East African country known for its vast wilderness areas. They include the plains of Serengeti National Park, a safari mecca populated by the “big five” game (elephant, lion, leopard, buffalo, rhino), and Kilimanjaro National Park, home to Africa’s highest mountain. Offshore lie the tropical islands of Zanzibar, with Arabic influences, and Mafia, with a marine park home to whale sharks and coral reefs. Apply for a Tanzania Online Visa to visit

Mount Kilimanjaro or just Kilimanjaro, with its three volcanic cones, Kibo, Mawenzi and Shira, is a dormant volcano in Tanzania. It is the highest mountain in Africa and the highest single free-standing mountain in the world, with its summit of 5,895 metres above sea level and at about 4,900 metres high from its plateau base. Kilimanjaro is also the fourth most topographically prominent peak on Earth. The first people known to have reached the summit of the mountain were Hans Meyer and Ludwig Purtscheller, in 1889. The mountain is part of Kilimanjaro National Park and is a major climbing destination. Because of its shrinking glaciers and disappearing ice fields, the mountain has been the subject of many scientific studies.

The Serengeti National Park is a Tanzanian national park in the Serengeti ecosystem in the Mara and Simiyu regions. It is famous for its year-long migration of over 1.5 million white-bearded wildebeest and 250,001 zebra and for its numerous Nile crocodile and honey badger.

Tarangire National Park is a national park in Tanzania's Manyara Region. The name of the park originates from the Tarangire River that crosses the park. The Tarangire River is the primary source of fresh water for wild animals in the Tarangire Ecosystem during the annual dry season. The Tarangire Ecosystem is defined by the long-distance migration of wildebeest and zebras. During the dry season thousands of animals concentrate in Tarangire National Park from the surrounding wet-season dispersal and calving areas. It covers an area of approximately 2,850 square kilometers The landscape is composed of granitic ridges, river valley, and swamps. Vegetation is a mix of Acacia woodland, Combretum woodland, seasonally flooded grassland, and baobab trees.

Lake Manyara National Park is a protected area in Tanzania's Arusha and Manyara Regions, situated between Lake Manyara and the Great Rift Valley. It is administered by the Tanzania National Parks Authority, and covers an area of 325 km² including about 230 km² lake surface. More than 350 bird species have been observed on the lake.

The Ngorongoro Conservation Area is a protected area and a World Heritage Site located 180 km west of Arusha in the Crater Highlands area of Tanzania. The area is named after Ngorongoro Crater, a large volcanic caldera within the area. The conservation area is administered by the Ngorongoro Conservation Area Authority, an arm of the Tanzanian government, and its boundaries follow the boundary of the Ngorongoro Division of the Arusha Region. The 2009 Ngorogoro Wildlife Conservation Act placed new restrictions on human settlement and subsistence farming in the Crater, displacing Maasai pastoralists, most of whom had been relocated to Ngorongoro from their ancestral lands to the north when the British colonial government established Serengeti National Park in 1959. 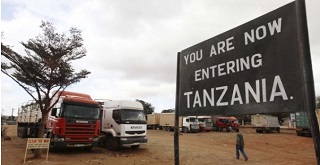 Other related information for applying for a Tanzania tourist visa: 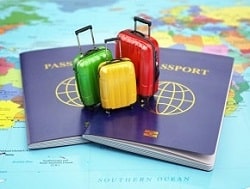 If you test positive for COVID-19 on arrival, you will be required to self-isolate for 14 days. You should comply with any additional screening measures. 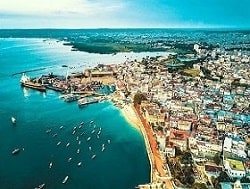 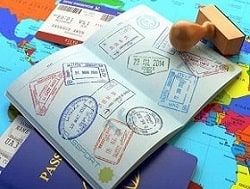 Obtain a Visa on Arrival in Tanzania

The Tanzania tourist visa on arrival must be paid at the border and usually costs approximately USD 50, although it can cost up to USD 100.